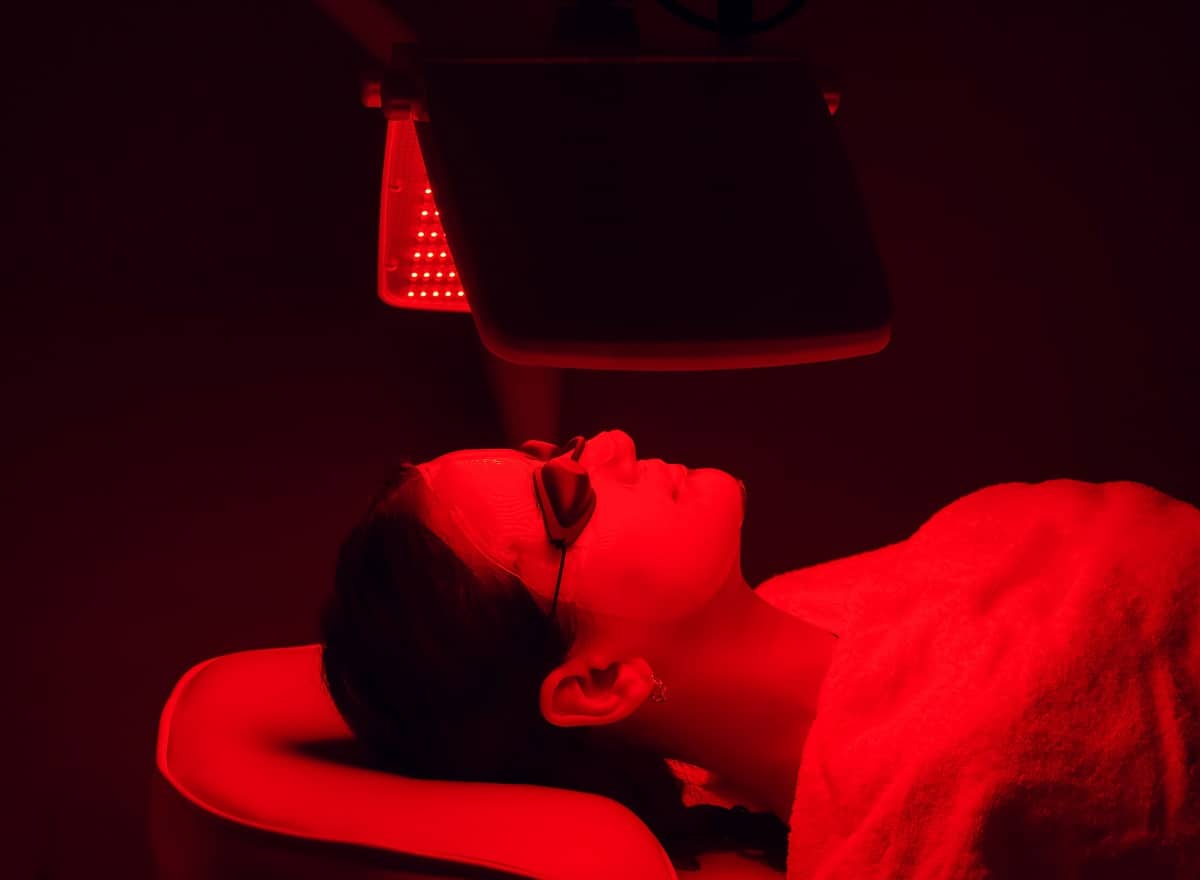 Can Red Light Therapy be Harmful?

Red light therapy is a form of treatment that uses red and infrared wavelengths. It is widely beneficial in managing different biological processes for people that receive red light therapy treatment.

However, like any other treatment, it is important that a person is well-informed of any potential risks before they decide to expose themselves to it. Being a relatively new form of treatment light therapy, there isn’t too much consumer knowledge regarding the safety of red light therapy. As many may wonder, can red light therapy be harmful? Aspects of the treatment are definitely nuanced, but have most definitely been known as useful.

Can you get too much red light therapy?

When in an RLT (Red Light Therapy) unit, it is important to make sure that there is continual movement. Although red light therapy is considered generally safe, some people have reported adverse effects such as burns and/or blisters after having fallen asleep within an Red Light Therapy unit or after completing a therapy session with minimal movement.

Any potential damage that comes from long-term usage is damage that is to the skin, which can be easily avoided with continual movement, considering that any reported damage to the skin occurred when a person’s skin was continually exposed to red light without rest.

As a result, a person technically can get too much red light therapy, but only in a scenario of continued exposure without any movement whatsoever. If a person uses an Red Light Therapy unit responsibly, then they should have nothing to worry about in terms of long-term exposure.

Can you overdose on light therapy?

Everyone has a different level of tolerance towards red light therapy, so the point of “overdosing” differs for every person that tries it. Generally, once a day is okay in terms of exposure, but any more than that can lead to an overdose, regardless of a person’s tolerance.

People that are trying red light therapy have a considerably lower tolerance to it, and are more likely to experience the negated effects that are caused by an overdose. Regardless of personal tolerance, it would be for a person’s benefit to limit interactions with an Red Light Therapy unit to once a day at most.

Can red light therapy cause cancer?

Red light therapy cannot cause cancer. In fact, it has been known to be significantly beneficial to patients that are currently suffering or have suffered from cancer. Red light therapy is most commonly used on those who are suffering from head, neck and breast cancer, as well as the side-effects from treatment of said cancers.

By combining red light therapy with cytotoxic anti-cancer therapy, malignant cancer cells are targeted while healthy cells are protected. This negates some of the negative side effects that are commonly associated with cancer treatment. This is related to the Warburg effect which forces cancer cells to become weak to the development of chronic hypoxia.

Anything worn to protect the eyes during red light therapy should be able to prevent a person’s eyes from being exposed to any type of light. While using a Red Light Therapy unit, blackout goggles are one of the most effective choices in terms of eye protection. Even with the goggles, it is advised that people using red light therapy have their eyes closed during treatments. By doing so, a person can be almost entirely certain that their eyes will experience no adverse effects from red light therapy.

In fact, it has been known to benefit people with cancer. It is able to stimulate cells whose functions are to rebuild tissues, healing a person’s wounds. Overall, a person that is exposed to red light therapy can experience benefits as a result of it, which can range from external to internal healing.

Can you do red light therapy while pregnant?

Since red light therapy has been known to aid in the production of collagen, people who are experiencing acne-related side effects of pregnancy may consider using it to negate any issues with their skin. It is considered one of the more gentle forms of skin treatment, and have been proven to positively change a person’s complexion.

The fact that it also promotes the health of stem cells actually makes the treatment beneficial for both the mother and her child. Mothers that are experiencing postpartum depression have also been shown to benefit from continual red light therapy.

Can LED light therapy cause cancer?

However, the led lights that are sold commercially do not contain UV light. The most common situation in which someone could potentially develop cancer from led light exposure would be with the use of tanning beds. Not only does the continuous usage of tanning beds increase the likelihood of a person developing cancer, but they are also more likely to develop other adverse effects as well.

Red light therapy has been shown to help people lose weight in a variety of ways. Not only does it reduce fat, but it is also useful in weight management. Continual light therapy has shown a reduction in cellulite, tighter thighs and hips as well as cosmetic body contouring in those that had used it for more than a few weeks.

People suffering from obesity that used red light therapy combined with moderate exercise lost more body fat than those that simply exercised. Although red light therapy cannot replace diet and exercise, it works as a decent addition to a weight-loss regiment for those looking to obtain a healthier lifestyle.

It was also observed that those who used red light therapy and exercise had an increase in skeletal muscle mass, which is even more beneficial in terms of exercise.

Without proper protective gear, red light therapy can potentially hurt a person’s eyes. Although it can stimulate changes in the body that can inadvertently help a person with eye conditions by encouraging the production of Adenosine triphosphate (ATP), direct contact with the red light used by red light therapy units is strongly advised against.

It is preferred that a person wears proper eye protection goggles while exposing themselves to red light therapy, as well as closing their eyes as a further preventative measure.

Although at-home led light therapy treatments are not as strong as the treatments provided by RLT units, a person can still get eye damage by not properly protecting themselves while using it. Similar to other treatments, UV light is the most harmful of the led lights in terms of adverse side effects to overexposure to the eyes.

It has been known to degrade the macro sensors in the eyes, and is associated with a myriad of other forms of eye damage over time. Even if the light that a person is exposing themselves to isn’t on the UV spectrum, they should still take the necessary precautions to ensure their long-term eye health.

Wanna Learn More About Led and Red Light Therapy? Check out our other posts below…

Our Other Product Reviews for light therapy https://sadlampsusa.com/reviews/