You are here: Home / Articles / Bright Light Therapy for Depression 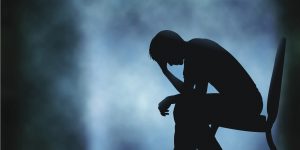 In a clinical trial sponsored by the National Institute of Mental Health (NIMH) researchers use Bright Light Therapy for Depression.

It has been known for many years that light was good for people but it has only been recently that scientists have been able to prove the physical and mental health benefits of exposure to light and the use of light to treat both seasonal and non seasonal depression.

Over one hundred subjects where used in the study ages 18 to 65. The study also looked at negative air ions as a treatment for depression.

Researchers found that it is not necessary to duplicate the same amount of light exposure that one would receive in an average summer day in North America, but that as little as 30 minutes of light exposure is enough to trigger a positive response in the trial participants.

Researchers tested the melatonin levels in the participants which tells them whether our internal (circadian) clocks are keeping us in rhythm. Melatonin level testing was not widely used prior to this trial and is very helpful in determining what time of day patients need bright light therapy.

For those of us with faulty circadian clocks and suffer from sleep disorders, the use of bright light therapy box or light therapy glasses can help set your internal rhythm back to normal.

Negative air ions are produced naturally in the environment and are prevalent in areas of low populations and out in nature. A machine can simulate the production of negative air ions for patients needing ion therapy.

The negative air ions proved to be effective for non seasonal depression although the positive effects take a couple of weeks to make a difference. Negative air ion therapy has been useful for patients that did not respond to traditional antidepressant drugs. Red light therapy devices are currently in the initial phase of testing.

Negative air ions can be put in the air for the patient to absorb even while they are sleeping. Ions cannot be seen or smelled and therefore do not disrupt the patient in any way.

Doctors now regularly use bright light therapy to treat patients for both seasonal affective disorder and non seasonal depression as well as some sleep disorders.

Future studies may test bright light therapy for other seasonal disorders, such as winter depression.